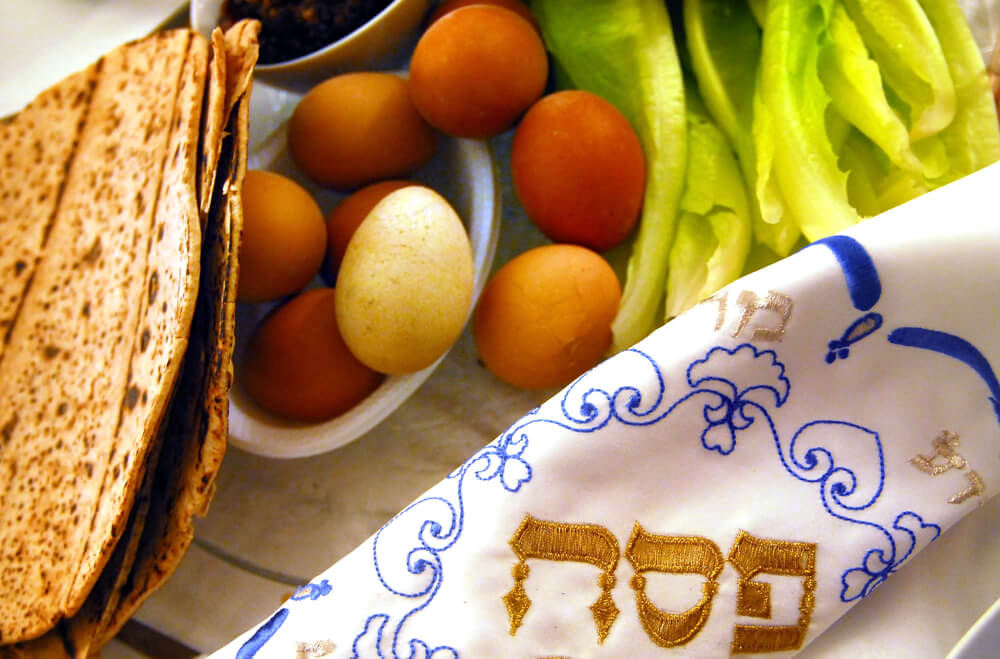 Food that is kosher for Passover has no leavened flour in it.

Kosher for Passover means that Jews who observe the dietary laws of Judaism can eat the food during the holiday of Passover. In addition to the regular rules of keeping kosher (called kashrut), there are special rules for Passover.

The rules of kashrut prohibit eating certain animals. To be kosher, an animal must chew its cud. This means the animal spits up its food and chews it again. An animal must not have split hooves. Pigs and meat containing pork such as bacon, pepperoni, sausage, and ham are not kosher because pigs have split hooves. Beef, which comes from cows, is kosher. Other kosher animals include, sheep, goats, deer and bison. Seafood is kosher if it has fins and scales. So shrimp and lobster are not kosher, but salmon, trout, and sea bass are kosher. The animals that are permitted under kashrut must be killed in the way designated by the Torah (what Christians would call the Old Testament). The person who kills the animal uses a very sharp knife with no nicks in it and makes a deep cut across the animal’s throat. Also, milk and meat may not be mixed. 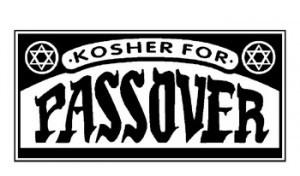 Food that is kosher for Passover does not contain leavened flour.

Kosher does not mean that the food has been blessed by a rabbi. However, if a food has a “u” with an “o” around it, the Orthodox Union has certified it as being kosher. If it has a “k,” it was deemed kosher by conservative rabbis.

Jews who are keeping kosher during Passover do not eat leavened bread during the eight days of the holiday. Those foods containing grains including wheat, oats, barley, spelt, and rye are prohibited. Also, any food that is made with something that comes from one of those ingredients is forbidden. This means that a toasted English muffin, while perfectly kosher during the rest of the year, is not kosher during Passover. Prior to the start of Passover, observant Jews remove all chamaitz (leavened bread) from their homes. This is done to avoid accidentally eating something that is not kosher during the holiday. Food that is kosher for Passover is also kosher year round.