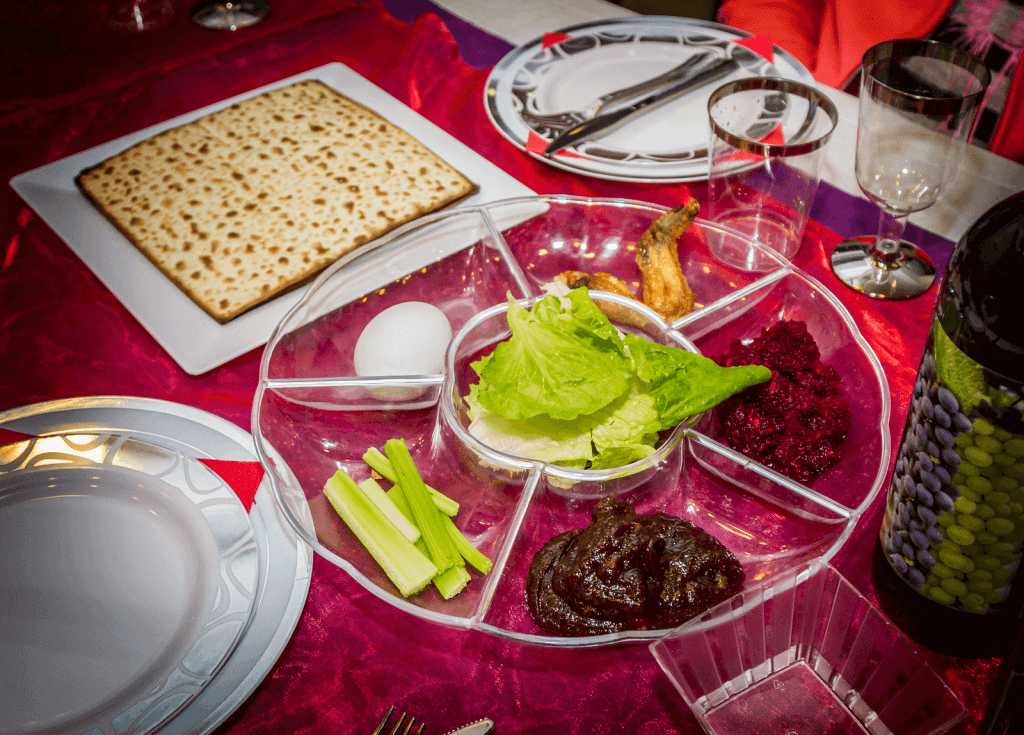 The Seder is a special ritual meal that Jewish people eat during the holiday of Passover. It is held on the first night of Passover in Israel and on both the first and second nights of Passover outside of the land of Israel. During the meal, the entire story of the Jewish exodus from Egypt is retold and certain commemorative foods are eaten. There are 15 steps in a Seder and they are outlined in a special book called the Haggadah. Indeed, the word “seder” is the Hebrew word for “order,” so the steps, and the order in which they are placed, are vital to the celebration and full of significance.

1. Kaddesh – The sanctification of (blessing over) the wine.
2. Urechatz – Ritually washing the hands without making a blessing.
3. Karpas – A vegetable dipped in salt water is eaten to symbolize the tears of the suffering Jews in Egypt.
4. Yachatz – Breaking the middle matzoh and putting the bigger half aside as the afikomen.
5. Maggid – The retelling of the story of the exodus from Egypt. It starts with the youngest child at the table asking four questions, which encourages children to take interest in the holiday and to learn about Jewish history and customs. The story is told in a special way, so as to satisfy the curiosity of all types of children or people, the wise one (who wants to know all the details), the wicked one (who takes no interest), the simple one (who needs to learn the basics), and the one who is not able to ask (because he does not even know enough to ask about the basics). After the story, the second cup of wine is blessed and drunk.
6. Rachtzah – Ritually washing the hands again, but this time with a blessing.
7. Motzi – The blessing over bread is recited.
8. Matzoh – A special blessing over matzoh is recited and some matzoh is eaten.
9. Maror – A blessing is made over a bitter herb, such as horseradish, which symbolizes the bitterness of slavery in Egypt. Some of it is eaten after dipping it in charoset, a mixture of wine, nuts, cinnamon, and apples, which represents the mortar used by the Jews in building for Pharaoh.
10. Korech – A sandwich made of matzoh, maror, and charoset is eaten.
11. Shulchan Orech – A festive and celebratory meal is eaten.
12. Tzafun – The afikomen, which was previously hidden, is searched for and found, then eaten as dessert.
13. Barech – The grace after meals is recited. A blessing is made on the third cup of wine and it is drunk.
14. Hallel – Praises and psalms are sung and the fourth and final cup of wine is drunk.
15. Nirtzah – The Seder concludes with a wish that next year we should be in Jerusalem. This is often followed by singing and stories.

Some of these steps appear to be out of order. Usually wine is drunk at the beginning of the meal and it is immediately followed by bread. Usually, there is no special story told and there is no matzah eaten and no afikomen searched for. These, and all the other many anomalies, are intended to encourage questions and to arouse the curiosity and involvement of the children.