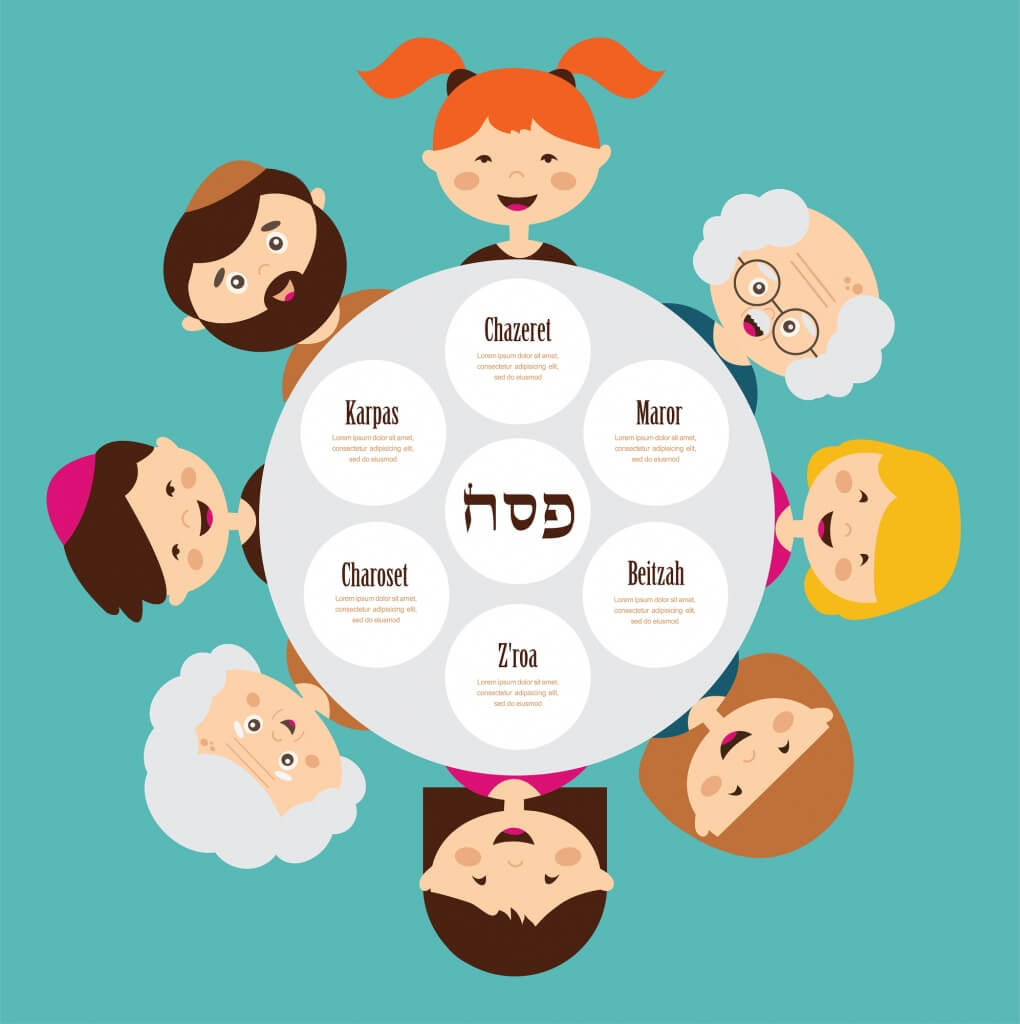 The Seder plate is the central feature of the Passover holiday ceremonial meal. It has either five or six items on it depending on the person’s tradition. These items are as follows:

1. Maror – a bitter herb (such as horseradish) symbolizing the bitterness of slavery in Egypt.

2. Charoset – a roughly chopped brown mixture of nuts, wine, cinnamon, and fruit (usually apples or dates), which symbolizes the mortar the Jews used when building for Pharaoh in Egypt.

3. Karpas – a vegetable (usually potato, parsley, celery, or onion) that is dipped in salt water to represent the tears of the Jews in Egypt.

4. Zeroah (Z’roa) – a sheep or goat shankbone or a chicken wing or neck, which symbolizes the Passover sacrifice that would have been made in the days of the Temple.

5. Beitzah, a hard-boiled egg, which represents the festival offering that would have been made in the Temple, and which is a mourner’s food meant to remind the Jews of the destruction of the holy Temple in Jerusalem.

Because these five items are definite requirements at the seder, all Jewish people include them one the Seder plate. However, some Jews are more stringent and also include another type of bitter herb, called chazeret. This is usually romaine lettuce or celery and also represents the bitterness of slavery in Egypt.  Those who do not include it will often place a bowl of salt water for dipping in its place.