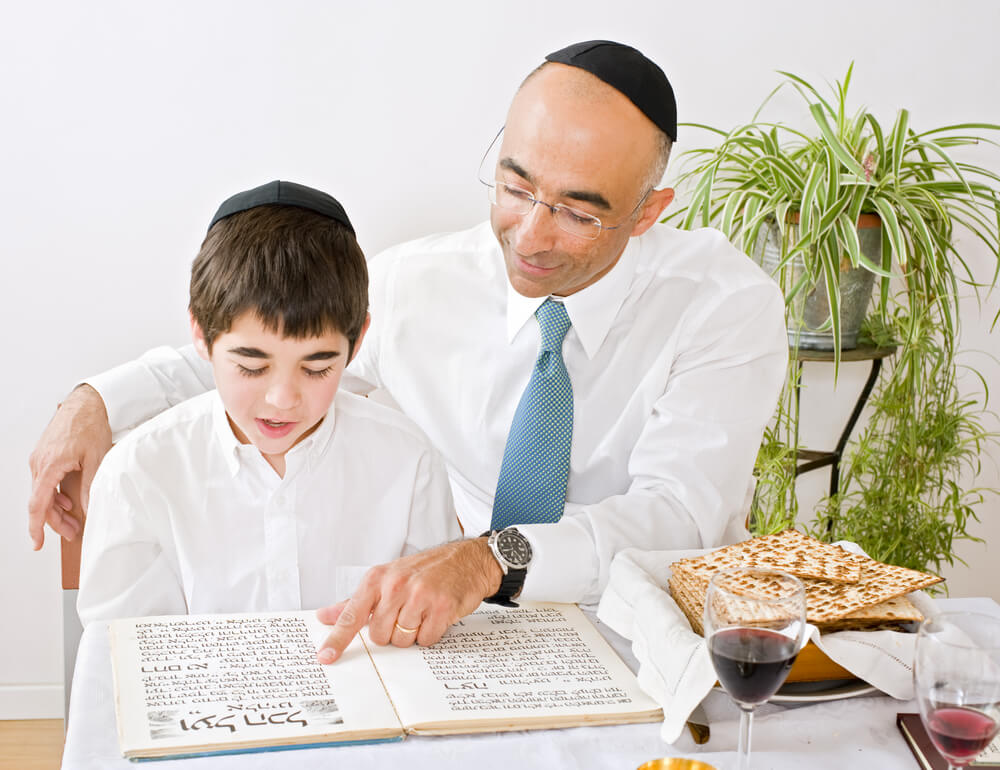 Reading from the Haggadah

There are many places online that have free Haggadahs. A Haggadah is the book that is used to conduct a Passover Seder. The word “Seder” means order in Hebrew. The Haggadah tells the order in which to conduct a Seder. A Seder is the ceremony that begins the Jewish holiday of Passover which celebrates the Jews’ escape from slavery in Egypt. Part of the Seder involves the retelling of the story of the slavery and the escape. The Haggadah is the guide to conducting a Seder. It has all the prayers, the Passover story, songs, and commentary.

There are many different Haggadahs. Unlike the Torah (Old Testament to Christians), the words to the Haggadah are not set in stone. Many Haggadahs contain Hebrew and a translation to another language such as English.

There is a wide selection of Haggadahs available to download for free from the Internet. One site has historical versions of the Haggadah going back as far as the 1800s. There are Haggadahs in many languages including Hebrew, Yiddish, English, and German. The Chabad Lubavitch has a free downloadable Haggadah with Hebrew and English translation and instructional guide. This one will have an Orthodox perspective.
There is also one from the Velveteen Rabbi which was inspired by a feminist seminar and included women among its authors. .

Another way to find free Haggadahs is to borrow them from a Jewish friend. Public libraries have Haggadahs available for checkout. Another place to look is synagogues and Jewish temples which often have their own libraries. Further, institutions of Jewish learning such as day schools may also have Haggadahs. Colleges and University libararies are another resource.

There are even websites where people can make their own Haggadahs. One example is Haggadot. Another is an open source Haggadah which is available at Open Source Haggadah. These do it yourself Haggadahs allow Seder hosts to pick and choose what is important to them to include in the Seder, control the Seder’s length, how much, if any, Hebrew is used, and what songs are sung. Each year, the host could tweak the Haggadah. For example, a family with young children could have a very short Seder and increase length each year as the children grew older.